For all the abrupt illuminations, ruminations, fascinations, impersonations, condemnations, divinations, examinations, hallucinations and many, many other illustrious machinations of the imagination.

Two o'clock.
The day startles me,
tearing apart the opiates of sleep.

The ground gives way.
Everything begins to burn.
Waves of penitent flowers
doused in gasoline.
at 6:49 PM No comments:

Song in two verses and a chorus

But even as I stumble into the solitudes of solicitude
gasping, clutching at straws of passion's vocabulary
all I can muster is a mellow cadence

But even as I slump against cold, whitewashed walls
sliding, descending into the blankness of silence
all I can forge is a watery melody

When I love you
I am endless
like a little boy's shout into the sea
at 6:53 AM 4 comments:

every breath a weary whisper,
does love ever last
forever, ever?
at 8:00 AM 1 comment: 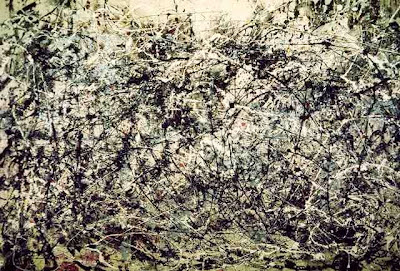 Once, there was a
town that had no windows
and streets that never intersected,
like the twisted insides of a dog.

It had no sun, no moon,
just glowing dreams
splattered on crumbling walls
with streetlamps that were only
half-hearted lullabies to a black, black sea
spitting smoky fumes at empty streets.

In the view lay a solitary shape,
an unmoving form drawn like a shadow,
a colosseum imperiously descended from the heavens.

It was where I woke up,
battered into submission, thrown into
a marbled pool of splintered statues,
a graveyard of eternities -
frayed foreheads, orphaned swords, crushed chariots,
wounded wings,
gods that once strode the clouds
now mere rubble
clinging onto the soles of strangers' feet.

Born of a chisel, cursed with unfailing sight,
I watched the starless rainy sky
ruthlessly bring down its thunderous wrath
on the very spirits that once contrived it
as the sea of their weary voices begging for mercy
rose and fell wordlessly, unable to escape
the immortal stone their hearts were carved out of.
at 11:01 AM No comments:

On being asked why I write

As a kid, I used to love to play hide & seek. Every time we got together, I used to convince my friends to play the game with me. In one of our rooms, there used to be a large cupboard with sliding brown doors. It had nothing in it except some pillows and blankets. At every turn in the game, I would always go and hide inside it. The same place, every single time. All of the kids knew about that, so it meant I never won. Once the countdown was done, some would come straight to me and seek me out first, making me the thief for the next game. Some would just go elsewhere to search for other kids, knowing that I would be there anyway. The thing was, no matter when they came, I would always be there in that frayed brown cupboard, my ears pressed up to its door with my breath muffled slightly, waiting.

Perhaps I just loved the wooden sound of approaching footsteps and the triumphant look on the face outside as the door slid open. Perhaps I was dim enough to think that they wouldn't notice the life-sized lump under the blankets, every single time. Perhaps I never cared for their little game, playing another game by myself, one with very different rules from the one everybody else was playing. Perhaps it just felt safe in there, even if only until reality came knocking soon enough in the guise of a smug kid. Perhaps playing the thief was more enjoyable than trying to hide from one. Perhaps it smelled wonderful in there. Perhaps I was only just desperate to be found.

I have never told you this but
sometimes
I stay up all night
only to try and write poetry for you.

Sometimes I weave verses beautiful enough
to make me sleep soundlessly for a week afterwards
but sometimes it just doesn't work, this writing thing,
it wears me down, the way scratching initials
into a rock with my bare fingernails does.
I scrape as hard as I can, for as long as I can,
but when the open window turns navy blue
and I'm still lost for words, it's only alright to give up.

Tonight
seems to be another of those lessons in futility,
five and a half hours have passed
and I have barely five decent lines to show myself.

Pretty soon, my fingertips will be sore,
my eyelids will start to droop,
the dawn will arrive with its pompous cavalcade in blue
and I'll want to retreat into the blanket's quiet anonymity
but before that happens,
know this, my dear sleeping beauty,
I did try.
at 7:56 AM 5 comments:

The night is mine. All mine.
My kingdom come. My fistful of glimmering otherness.
Chalked in letters of misty ecstasy. The animalistic fervour of mirth.

It is here. Now.
Here, there, everywhere. Waltzing around me in amorphous orbits. Unscrambling the glowing darkness. Gracefully approximating poetry into a delicate simulacrum of prose. Gathering disappearances. Unweaving tales. Inflaming my heart with the song of beauty's glissade.